We Are the Resistance

We Unitarian Universalists are typically proud of our resistance. Our congregations often have an air of social rebellion. We like to think of ourselves as standing against the status quo and the powers that be. When we relate our denomination’s history, we highlight our activists, slavery abolitionists, women’s suffragists, marchers at Selma, anti-Vietnam war protesters. We cite with pride our congregations’ early open-ness to same-sex marriage and our welcoming of LGBT ministers into our pulpits. What a bunch of righteous, resistant, radicals we are!

The truth, of course, is that UU history, as most history, is a mixed bag. For most of that history, Unitarians have been the denomination of choice for the economic elite. We are known for making the least demands on our members. We don’t tell you what to think, don’t tell you what to do. For 200 years now, anyone wanting a church that would leave them alone has found the Unitarians the place to be. Nor did the Universalists, when Universalism was a distinct denomination, have much inclination to rouse rabble. Our abolitionists, women’s suffragists, etc., were a small minority of our membership, and their activities tended to not have the support of the congregations.

In the early 20th-century, Rev. John Haynes Holmes courageously stood against World War I, but he was roundly denounced by pretty much all the rest of the Unitarian establishment. Neither the Unitarians nor the Universalists were very oriented toward resisting war and injustice. 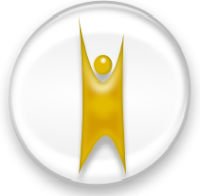 The change began with the Humanist movement that began burgeoning within Unitarianism and, to a lesser extent, within Universalism, in the 1920s and 30s. Humanism dropped God out of the picture altogether, and, to do that, it emphasized the scientific method. Religious concepts were redefined in human terms.

By the middle of the 20th century, in most Unitarian and Universalist congregations, the crosses had been taken down, the communion silver stashed in a remote basement closet -- and we were seeing ourselves as resistors, not just a lower-demand version of the prevailing Christianity.

All around us, the 1950s were a time when business interests combined with mainstream Protestantism to emphasize pro-business values and fight the Cold War. Prayer breakfasts swept the country, bringing together business leaders and church leaders to praise God and denounce communism. The 1950s so thoroughly conflated patriotism and religion that the words “under God” were added to the pledge of allegiance in 1954 – because the enemy of both the business establishment and the religious establishment was Godless communism.

1959, the year that we Unitarian Universalists of White Plains moved into our current building, was the year church attendance in the US hit its peak. Just about everybody was in church on Sunday morning, and what was preached there was a theology of God, country, and General Motors -- albeit rather less so in Unitarian and Universalist congregations.

In this context, Unitarians and Universalists started becoming counter-cultural. When a plan was advanced to let kids out of public schools on Wednesday afternoon so they could attend religious instruction in their churches, it was a coalition of Unitarians and Jews that resisted.

The advertisements that Unitarians began running in the papers in the 50s and 60s had a distinctly resistant feel to them: For example:


"What's your idea of true religion? Unitarianism is a way of life, life of vigorous thought, constructive activity, of generous service -- not a religion of inherited creeds, revered saints, or holy books. Unitarianism is not an easy religion. It demands that people think out their beliefs for themselves, and then live those beliefs. The stress is placed more upon living this life nobly and effectively than on the preparation for an after-existence. If you have given up 'old time' religion, Unitarianism has the answer for you.”


“Freedom is our Method
Reason is our Guide
Fellowship is our Spirit
Character is our Test
Service is our Goal.”

What kind of people, in the midst of the prevailing buttoned-down “God and country” anti-communism, would be attracted by ads like that? Clearly Unitarians weren’t the establishment any more. We weren’t even the slightly-more-skeptical wing of the respectable elite. We had evolved into centers of resistance to the prevailing conventional opinion.

Yes, the Unitarians and the Universalists go back 200 years in this country – and 400 years in Europe – but we were formed into what we are today during this phase of massive cultural conformity. The Humanism that we moved into in the 30s put us in a position of cultural resistance in the 50s. Our Humanism shifted us from insiders to outsiders. And that paved the way for the further cultural resistance that showed up in large-scale UU involvement in the Civil Rights movement in the 1960s, which set us up to be ready to resist a range of injustices. 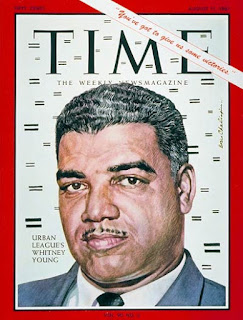 We still have the vestiges of our history of being the elite and the comfortable. Overcoming our lingering tendency toward complacency is one of our challenges. A second challenge arises from a broader and more recent social trend: people that want to resist mainstream or conservative religion feel a lot more free to just stay home. For example, in the 1960s and up until his untimely death in 1971, the brilliant activist, Whitney Young, Executive Director of the Urban League, worshiped on Sunday morning at Community Unitarian Church at White Plains. More and more activists and movement leaders today, however, belong to no faith community.

We must rise to these challenges. Our country needs the distinctive voice of Unitarian Universalism -- joyfully both spiritual and religious, while also proudly standing in resistance to social injustice and environmental destruction. It is our job to be the resistors. That’s what Unitarian Universalists do. We haven't always. We do now.

* * *
(For more detail on this angle on Unitarian and Universalist history, see Rev. Tom Schade's blogpost, "Humanism in Context.")
Posted by Rev. Meredith Garmon at 5:38 PM