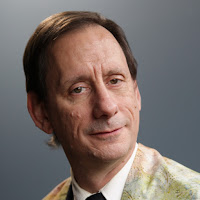 The God-is-a-verb people generally don't actually use “God” as a verb. They say, for instance, that reality is more a matter of events than substances. “Events” conveys a more dynamic quality than “substances,” but if we’re talking about parts of speech (which, supposedly, we are), “event” is just as much a noun as “substance” is. The Process Theology folks speak of God as “process” and as “creativity” and as “energy.” All three words are nouns. Jean-Claude Koven said God was “unfoldment,” and “infinity,” and “everything,” and “a dance.” Nouns every one. For that matter, “verb” is a noun.

Still. The point is: there is in our life and our experience a cause for wonder, mystery, reverence. It is helpful to think of that as a process, a dance, a creativity, a love -- rather than as a person or entity. Calling it a verb is just a way of alluding to its active doing.

But supposing we did want to be sticklers for actually meaning what we said. How would that go for God to be a verb?


God as a Verb (Intransitive)
Verbs need a subject, if we’re going to speak in sentences, so we could say:

The universe gods. There’s the vast cosmos, quietly, grandly godding along through the ages. Reality gods. I god, you god, he she it gods, we god, you god, they god. All God’s children . . . god.

And what sort of activity is it “to god”? Following the lead of the process and the creativity theologians, to god is to unfold, like an infinite flower opening its petals; to develop through a process of interaction with all the rest of the godding universe. To god is to become transparent to the creativity of the universe shining through you. To god is to fandango across the ballroom of oneness, to trip the light fantastic not “with” but “as” the mountains and rivers and great wide earth, the sun, and the moon, and the stars. To god is, in the words of Sufi poet Hafiz, to “laugh at the word two.” It is to swim in the sea of mystery; to quaff from the cup of abundance. To god is to suffice. Whoever you are, whatever your imagined shortcomings, you are enough. To god is to do and be everything that you do and are.

Why would anyone want to call these activities "godding"? We might call them godding to help us remember, to help us wake up to, and attune ourselves to, the fact that everything we do and are is a part of the whole, a part of the dance, the mystery of creativity, the unpredictable unfolding of new things under the sun.

For the medievals, to apprehend reality at its most ultimate meant to conceive of changeless eternity. Above this world of corruption and change, God was pure, immutable, outside of time. To think of God as an active verb is to emphasize the time during which the actions take place. It is to put God in time, rather than removed from time. It is to perceive the holy in change, rather than imagine it in changelessness. It calls attention to divinity as spread throughout all of nature, as manifested by the activities of nature.

Verb theology fit with modern science, which tells us “that reality at the most fundamental level is composed of shimmering waves of probability, fluctuating, intertwining matter and energy” (Steven Phinney). Instead of saying species just are, biologists now understand species as in flux – as media, we might say, for the playing out of unpredictable creativity. God the verb is a response to these developments in both physics and biology.


God as a Verb (Transitive)
Now let's imagine God were a transitive verb. If reality gods, what does it god? 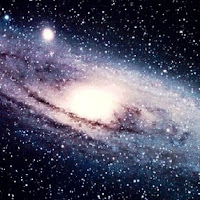 The universe gods you, and it gods me. Reality gods the mud and the flowers alike; it gods the Republicans and the Democrats alike. It godded Abu Ghraib and the Syrian refugee crisis. It godded despotic governments at the very moment they were disappearing their people and turning away aid. There is an activity of relationship between all things, an active connection of each thing with all things. In the fullest realization of God-as-transitive-verb, everything gods everything (else).


“more events become signs, as these signs take on richer content of qualitative meanings, as these meanings form a network of interconnective events comprehending all that is happening in the world.” (Wieman 23)

It would seem, to carry Wieman to his logical conclusion, that the universe will have attained total, complete and perfect spirituality when everything signifies everything else -- or when, we might say, everything gods and is godded by everything else.

Godding, then, would be the activity of building meaning by building interconnection and relationship.

The butterfly in Australia gods the weather in Chicago. You god the stars and the stars god you. Joy gods sadness and sadness gods joy. This use of “god” seems to mean something like “connects with” or “interdependently arises with.” But more. This way of thinking maybe helps us see through the illusion that there are any separate things. Everything IS everything else.

Verbs need a subject, if we’re going to speak in sentences. But what if we dispensed with sentences? Could we tell the story of life, of creation, in a language without subjects or objects, a language of only verbs, a language that perhaps the Cosmos itself speaks when it whispers to itself -- or in your ear? Having no tense (because it is timeless), and being neither singular nor plural (because it is both one and many), the infinite Cosmos speaks in the infinitive.