I watch myself as I instinctively respond to individual needs that surface many times a day when actually, our jobs here in Bismarck are more about consolidating resources and holding the safety of hundreds, now thousands as foremost. Not losing sight of the individual need, but holding all of it at the same time while making decisions.

Thank goodness I am working under Rev. Karen Van Fossan, (Karen VF) a minister who has become so skilled and wise in part through life, and in part through her mentorship under native leadership. Karen and the leadership of her congregation of 60 (10 more than I previously thought)  pull their limited but powerful pool of skills and resources together willingly, effectively and with so much love. 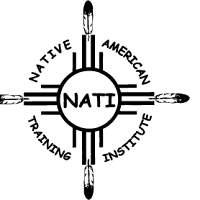 It is no small thing that Karen VF was initially invited into this work through direct invitation from Ronya Hoblit, Acting Director of the Native American Training Institute and a member of the Bismarck UU congregation. Coalition is built on relationship. How is it we can forget that?

I told Rev Karen VF yesterday that she is “battle hardened”. What I meant was that it seems to me her experiences have helped her hone her energies to the highest purposes as a warrior for peace. I am humbled. I also know that Karen builds her leadership around a core of spiritual refinement and practice. It is no accident, but a commitment, a path.

Me? As a white woman in my 60s, I have worked for decades on justice issues. I am learning the joy of following the lead of younger adults as well as elders. I have years of useful experience in living through failure - actually helpful to newer activists as older activists were helpful to me decades ago. I have enduring commitment and conviction and some ideas. And thankfully, I have learned something about following leadership when I see it - no matter what age the leader happens to be.

I am rapidly learning more of what it means to stand as nonviolent protectors against a militarized, multi-layered strategy that must be thinking “enemy” rather than community. I have worked with nonviolent strategies in many different kinds of justice campaigns, but never quite this.

The violence leveled against the native leadership and supporters is physical, psychological, and able to use public lies to garner support. It is profoundly  disconnected from our humanity. 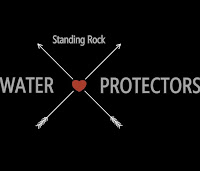 What do we as Water Protectors have? We have numbers in the camps. Your support of the material survival of this is critical.

We have massive public and global support. My hunch is that the world is responding, as I am, to the dual concerns of protection of water over corporate benefit, and disrespect of lawful native sovereignty. Your calls and emails crying out in support of these are critical. Do not let up.

Hopefully, we will also benefit from law should it allow tribal sovereignty to become part of the focus in court. But I have to be careful not to project the notion that the leaders of Water Protectors are focused on racism. The crystal clear focus is water, and the planet and next generations' ability to live through water that is clean.

We have love in community – a powerful vision and reality built imperfectly and persistently each day at camp, and radiating out beyond camp into the world.

We have the deep, prayerful leadership of the native communities that we are learning, again very imperfectly as white people, to hear and follow. It is so exciting to me to see this not only here but in Black Lives Matter and so many other movements today.

We have thousands of social media users, and many dozens of independent film-makers, photographers and archivists who currently and in the future will counter more mainstream sources which miss or distort so much in historic story-telling.

I end today’s blog as I began; in awe and full of gratitude for the Water Protectors and the Source that has sustained them, and all of us, for millennia.

Water is Life. Blessed Be.