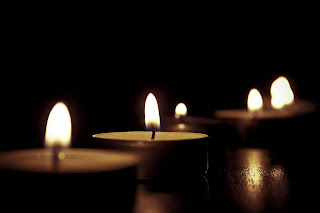 This is the time of the planet’s turning, the beginning of the return of the light. But it’s not going to happen quickly. It’ll be 6 months before we experience light in full form. We are only half way there. But, we are at the moment of turning.

I have hope for the turning. I am of the belief that we are in a Great Turning, an epic moment in human history. We can see the last vestiges of a culture dying, an industrial growth society that’s reached the end of its effectiveness. Twelve thousand years ago, there was an agrarian revolution in which people domesticated animals and plants. They learned that hunting and gathering could be shifted if they planted their own food and raised animals near their homes. This shift lead to a massive alteration of human culture, allowing us to let go of nomadism and settle into homes and communities, thereby increasing life span and human culture.

The Industrial Revolution of the 19th century created a similarly definitive transformation. Things formally made by hand in the home were now made by machine in a factory. Human lives were never the same again. There’s a dramatic increase in population, tremendous growth of towns and cities, in education, transportation and massive immigration and exchange of cultures.

And we are, again, at a moment of turning. Earth can no longer sustain our appetite for consumption. The industrial growth economy that requires demonstrable growth in every calendar quarter, demands an incessant and unceasing stripping of natural resources from Earth. The transition we’re seeing is from an unsustainable economy to a life-sustaining society committed to the recovery of our world. 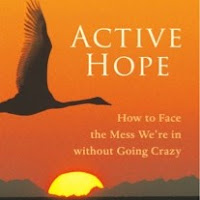 In the early stages of major transitions, the initial activity might seem to exist only at the fringes. Yet when their time comes, ideas and behaviors become contagious: the more people bear witness to their inspiring perspectives, the more these perspectives catch on. At a certain point, the balance tips and we reach critical mass. Viewpoints and practices that were once on the margins become the new mainstream. [Joanna Macy. Any of her books will describe this, and her web site is filled with these ideas. See: www.joannamacy.net.]


“In the story of the Great Turning, what’s catching on is commitment to act for the sake of life on Earth as well as the vision, courage, and solidarity to do so. Social and technical innovations converge, mobilizing people’s energy, attention, creativity, and determination…” [Joanna Macy, http://www.activehope.info/great-turning.html. 2016 Dec 16]

Major transitions usually start on the margins until they make their way into mainstream culture. We begin to see people organizing to move society toward a shared vision. Language that was used only by a select few is heard in everyday conversation. Average people begin to push for a new vision as norms shift and expectations for ideas that seemed far-fetched are becoming realized. Paul Hawken writes:


“I soon realized that my initial estimate of 100,000 organizations was off by at least a factor of ten, and I now believe there are over one – and maybe even two — million organizations working towards ecological sustainability and social justice.” [Blessed Unrest]

The culture we’ve grown used to is ending. We can no longer consume resources the way we’ve become accustomed. We can’t pretend that garbage disappears after a truck picks it up or that driving tens of thousands of miles a year has no discernible effect on our planetary systems. And as this reality moves from the fringes into mainstream awareness, many people, millions of people, are grasping at whatever they can reach to keep it alive. Slogans like Make America Great Again, reach backwards to a fictional past as a last gasp of a dying culture.

This is the path we follow. When the Industrial Revolution was taking hold in this nation, elections were rampant with anti-immigrant, racist rhetoric. In 1856, 75% of the House of Representatives was made up of what were called Nativists, people who today we’d call White Nationalists. In 1860, the Civil War broke out. Culture was transformed. There was massive change in the Industrial Revolution. Culture was altered permanently. People were terrified. They tried to hold on to a world they knew they were losing. And then, there was a Great Turning.

Earth is turning again. We are in the last days of darkness, the days when Loki is aiming his poison at the light, hoping to burn out the sun. Frigga can see what’s coming, and in her grief, she will birth the light once again.

I suspect, in this moment of Turning, we all have the potential to be Frigga and Loki and Baldur and Hodor. Identifying with Baldur is easy. He’s the bright light who falls victim to someone else’s misdeeds. Loki wants trouble. He doesn’t like the way things are going and wants them to stop. He wants the world to stop turning, for things to stop changing, so he lies and manipulates to get what he wants. Hodor isn’t paying enough attention to know what’s happening. He thinks Loki is teaching him something about spears and doesn’t realize the mistletoe is poison or that hitting his brother will have fatal consequences. He goes along with the plan, mindlessly. And then, there’s Frigga. She can see it all. She knows her son, the Sun, will be killed. She grieves his passing as any mother would. And then she uses all her power to transform that loss into a new birth. She creates life where there was death.

Email ThisBlogThis!Share to TwitterShare to FacebookShare to Pinterest
Labels: Clarke