Your religion isn’t about what you believe. Religion is about three things: 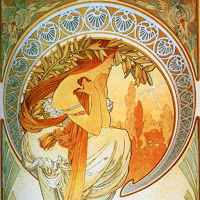 This is the conclusion I reached some years ago – the product of my own reflections on what seems to be really going on under the name “religion.” I subsequently found the main substance of this conclusion had been reached by religion scholar Phyllis Tickle, who identified morality, corporeality, and spirituality as three strands in the cable of meaning.

Congregational life aims to bring these three things together in such a way that each one reinforces the other two. Believing (shared and policed doctrine) is an aspect of how some religious traditions carry out and connect the three functions of religion, but it is optional. (Believing is central to most forms of Christianity and Islam, rather less central to Judaism, particularly BCE forms of Judaism, and peripheral to the Eastern religions and Unitarian Universalism.)

Since God seems to many of us to be an object of belief (or disbelief), what is the place of God in a religion that isn’t belief-centric? In my years of reflecting on what people seem to be talking about when they say “God” – whether in casual conversation, or in sermons, or in the dense prose of theological treatises – I have gathered the word “God” points to a source of beauty and mystery; a power inspiring gratitude, humility, wonder, and awe; an ultimate context and basis for meaning and value; the widest reality to which our loyalty is owed; a basis of ethics; or the Cosmos: “all that is, or ever was, or ever will be” (Carl Sagan).

Can the meaning of the word “God” be separated from “person-like; having knowledge and desires”? Sure it can. I see theology as a kind of poetry, not a kind of science or history. As poetry-making and poetry-hearing beings we need to use words creatively, to sometimes treat a peripheral association as a central meaning and ignore the meaning that had often previously been central. Theology may be fiction, but that doesn’t mean it isn’t true. To unpack this a bit:

(1) Meanings change. As we learn more about things, the meanings of the words we use to refer to them shift. “Water” didn’t used to mean “H2O;” now it does. Even central meanings of words can be left behind. “Planet” originally meant “wandering star,” and “atom” originally mean “indivisible.” Those were the central, core meanings. Then we learned that planets aren’t stars at all, and that atoms are divisible. I suppose we might have decided, “Those things we used to call ‘planets’ aren’t actually planets, since they’re not stars,” but instead we took the route of changing the core definition of “planet.” Just because “God” has meant “an entity that knows and wants” through much of human history doesn’t mean the word today must refer to such an entity.

(2) The truth of poetry and fiction is not to be assessed the way that the truth of science, or of testimony at a criminal trial, is assessed. The truth of a poem or a novel lies not in its verifiability by evidence, but in its power to shift the way we look at things, to infiltrate our perceptions and understandings, to introduce and explore ambiguity. In this regard, “person-like,” too, may be read poetically and metaphorically.

Sometimes I do relate to my world as if nature itself had intentions, or as if “inanimate” things were animate. I slide in and out of thinking my car has a personality, of imagining that storm clouds on the horizon are disgruntled, of being convinced the office printer is out to get me, of intuiting what the overall eco-system called Earth wants. When T.S. Eliot says, “I should have been a pair of ragged claws scuttling across the floors of silent seas,” I don’t need what scientists or criminal lawyers would call evidence -- Eliot speaks a different kind of truth. When Genesis declares, “In the beginning, when God created the heavens and the earth, the earth was a formless void and darkness covered the face of the deep, while a wind from God swept over the face of the waters,” and when the Psalmist says, “The Lord is my shepherd, I shall not want,” and when the Gospel of John reports Jesus saying, “I am the way, and the truth, and the life. No one comes to the Father except through me,” those are the invitations of metaphor, not claims upon belief.