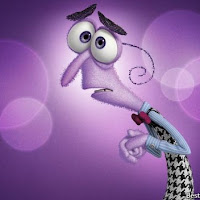 Gut often leads us in irrational directions. For example, people who are told a certain device will save 150 lives are not terribly impressed. Oddly, they are more impressed if they learn the device will save 98% of 150 lives. Why that’s almost all of them! For Gut, it feels like a nearly full cup. You could even say it saves 85% of 150 lives, and still get a more favorable reaction than if you say it saves 150 lives. See what Head is up against?

Suppose I tell you that motor vehicle accidents are the number one cause of death of children. Is that good news? Oh, my god, that’s awful, says Gut. But wait a minute. That means every other cause of death is less. Terrorists, internet stalkers, crystal meth, school shootings, avian flu, genetically modified organisms, contaminated food, pesticides – sharks – all the other fears of our time: much, much less. Measles, mumps, rubella, typhoid, polio, cholera, small pox – these things used to kill huge numbers of children, and now they've been reduced so much that motor vehicle accidents are left as the number one cause of death. That’s great news.

Try spending an afternoon in a Victorian cemetery, noticing how many gravestones have death-dates only a few years different from the birthdates. The defining feeling of our age ought to be gratitude, not fear. Yet it seems the less we have to fear, the more we fear. (Daniel Gardner, The Science of Fear: Why We Fear the Things We Shouldn't--and Put Ourselves in Greater Danger, 293)

In the mid-1990s there were stories about silicone breast implants leading to connective-tissue disease. Out of about 100 million women, 1 percent had breast implants, and about 1 percent get connective-tissue disease, so by coincidence alone, that’s 10,000 women with both. The FDA said there was no evidence of a correlation between implants and disease. Activist groups were outraged. “We are the evidence,” became their slogan.

But if we put the many-more-thousands-of-women who had connective-tissue disease without breast implants together with the many-more-thousands-of-women who had breast implants without disease, they might have claimed that they were the evidence that implants prevented disease -- and there would have been a lot more of them. When the epidemiological surveys came in, they repeatedly confirmed that, while some women with breast implants were very ill, they were not more likely to be ill than women without the implants. But Gut pays attention to stories. It’s not so good with numbers and probabilities.

Advertisers know that fear sells products, from home security systems to pharmaceuticals. Newspapers know that stories about things to be scared of sell newspapers. Politicians know that fear scenarios get them elected. And as the media, and the advertisers and manufacturers and politicians compete with each other to get our attention, the fear appeals grow more and more urgent-sounding.

The cumulative effect is that we begin to feel like the world is coming to an end. Apocalypse is in the air – as evidenced by the growth and popularity of apocalyptic and post-apocalyptic movies and novels.

So what are we to do? Aware that fear gets attention, that fear can dominate lives, and that fear also leads us to bad decisions, how do we let it go?

First, and foremost, notice. Notice when you’re scared. Gut is an important part of who you are. Gut is your friend. Embrace your intuitive side. But don't do what it says until you've checked it out with Head. Don’t let Gut masquerade as a rational or realistic assessment of risk.

When fear arises, say to yourself, “Ah, there’s fear." Notice where it shows up in your body: eyes opening wider, heart beating faster. Don’t tell the fear to go away. Don’t repress or suppress. Instead, attend to fear. Pay attention to it, listen to it.

Letting go of something isn't a matter of deciding to banish it. Whether it is anger, or resentment, or a grudge, or attachment to a relationship that just isn’t working anymore -- or fear -- you didn’t consciously decide for the feeling to arise, so you don’t get to decide it’s going away. What you can decide to do is see through your illusion of control. Let fear go, not in the sense of dismissing it, but actually in the sense of allowing fear to proceed. Let it go – that is, allow it to go on. You don’t have to do what it says, but give it a hearing.

If you saw the wonderful Pixar movie Inside Out, then you’ve seen how fear is like a little person inside. Just like a real person, if Fear feels listened to, then Fear will start calming down. It may take a while. Give it all the time it needs. It’s when we don’t acknowledge our fears that they just keep on in the background pulling our levers.

Moreover, the more we know the way that fear works, and the more we understand how the quirks of evolution made our brains this way, then the more we can recognize our built-in tendencies toward certain kinds of error and the better able we are step back from a Gut reaction when we see it arising.

Finally, Head and Gut are not the only players. What about Heart? What about Spirit? When fear arises, and you give it a fair hearing, you can then say, “OK, let me now hear from love, from that capacity within me to love my neighbor, love all beings. What does universal love have to say?” That’s the question to come back to, the question I leave you with: What does love have to say?
Posted by Rev. Meredith Garmon at 3:15 PM