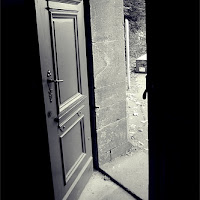 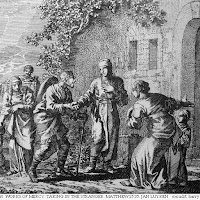 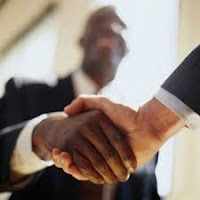 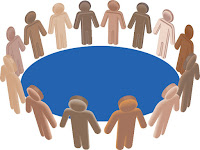 There are good reasons that hospitality is difficult. It takes time... And we’re so busy... Doing, um, work... So we can buy things... Things we’re just as happy without... And so we can earn respect... The respect of the kind of people whose respect is earned that way.

Hospitality takes time, and hospitality is risky. You might get taken advantage of. Or you might be unwittingly facilitating someone’s self-destruction: there’s a time for offering someone a beer, and a time for resisting that impulse, and we don’t always know which is which. We risk getting it wrong.

Imagine that at the center of your life were the question, “What does this guest need?” Putting that question at the center doesn’t mean we will always know the right answer to that question. But to live in the space of that question – always having our radar up for where the need is, and going toward the need we discern – is a life of healing. The payback is the growing, softening heart.

The risks are worth it. Deep down, we humans don’t crave safety. What we ache for is acceptance, and acknowledgment of our worth. Therefore, embrace others as worthy guests, even if they don’t meet our needs. Even if they scare us. To embrace the worth in the other, even when their actions don’t meet our needs, is a radical notion. It might change your world into one in which you don't have to be smart or witty, deep or cultured, beautiful, young, healthy, enlightened, or handy. All you have to do is open the window of your heart and let the outer light in -- and let the inner light out. In that light, you can see and be seen; love and be loved.

It is revolutionary, risky, and world-rattling. Radical hospitality isn't safe or cozy. Commitment to radical hospitality is challenging. I want to be real with you about not only the good intention, but the skills, the emotional and social intelligence, that it takes to simultaneously maintain boundaries while tearing down walls.

Sometimes we’re up for making the initial opening, but aren’t equipped for the follow-through. I was struck by one example of a family whose heart was, or seemed to be, in the right place, but who just didn’t have the skills and resources to pull it off well.

Tanya and Tracey Thornbury of Montevido, Minnesota, were among the many Americans who, in August 2005, felt it was their duty to help victims of Hurricane Katrina. Over the Internet the Thornburys made an offer to open their home to hurricane refugees. They were put in touch with Nicole Singleton, an impoverished 33-year-old single mother of six children, ranging from age 3 to 16, and Nicole’s mother, Dot. The Thornburys, with three children of their own, welcomed Nicole and her children into their home. Tanya Thornbury bought Nicole a bathrobe, pajamas, sandals, helped her find a fob, offered to help make financial decisions about the federal aid. The Thornburys accepted the doubling of their electricity costs and tripling of the natural gas bill. They were good and generous people.

Then problems arose. Nicole’s mother, Dot, refused to live by the rules of the house, allowed her grandchildren to watch violent, inappropriate movies in the presence of the Thornbury kids. The guests wanted to download rap and hip-hop music on the internet, and Tanya said no. Nicole had a boyfriend just released from prison that she was surreptitiously corresponding with – and she revealed to him her new address, which made the Thornburys nervous. Tensions and quarrels began. Six weeks after it began, the merger was over when the Singleton family moved to a donated house in Minneapolis.

From the Thornburys’ perspective, they felt keenly the sting of ingratitude. Tracey Thornbury vowed, “I won’t help anyone again for the rest of my life.” (from Robert Emmons, Thanks!)

Sometimes gifts bring joy. At other times they come with pride, and, the gifts can evoke envy, jealousy, and thus greed, and even hatred. Receiving a gift can place one in a position of inferiority – in which case resentment is be more likely than gratitude. Hospitality requires our humility. It also requires skills and tools.

Among the tools that might have been helpful for the Thornburys and Singletons is a covenant. With a neutral third-party facilitator to help them develop their covenant, they might have been able to clarify what to expect of each other and of themselves. Clarifying expectations at the beginning can be a huge component of creating the space within which hospitality can work.

Congregational life affords a way to sharpen our hospitality skills and habits. Before we're ready to welcome strangers into our individual homes, we can warm up the hospitality muscles by welcoming them more graciously into our collective home, our congregation.

Congregational hospitality may be a little easier in some ways, but it raises challenges of its own. Newcomers might be different from us. If we were to make them feel at home, they might, you know, actually, feel at home. And stay.

We would have to change to be hospitable – to meet their comfort needs. I might need to stretch the way I preach and pastor. They might connect better with different music in worship. They might have different ideas about child-rearing, or what should happen at a committee meeting. Hospitality is inconvenient. It will change us – and transformation is always inconvenient to the interests of the person that we were.

It’s also what we’re here for.

Hospitality is job one. This being human is, as Rumi said, a guest house.