How I Learned to Love Spirituality 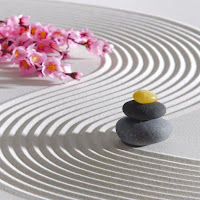 Suppose you got serious about maintaining a spiritual discipline. You engage your practice daily; you do it mindfully, with intention to cultivate compassion, connection, nonjudgmental curiosity; you get together regularly with a spiritual practice group; and you develop your foundation with daily silence, journaling, and study. What then? What will happen? Suppose you keep it up consistently for a year, or 10 years, or 30 years – will you then exude equanimity and compassion while unperturbable calm inner peace and beauty continuously manifests as you gracefully, lovingly flow through your life?

Maybe. I offer no guarantees.

Spiritual strengthening doesn’t go like muscle strengthening does. Spiritual maturity is not a reliable product of putting in the time doing the exercise. The spirit has its own schedule. Committed serious spiritual practitioners can go for years when their practice just seems void and useless. Then they can hit a patch where they seem to be regressing. They’re acting as cranky, unkind, disconnected -- as withdrawn, on the one hand, or as controlling, on the other – as they ever had before they started any spiritual practice. There is no smooth curve of progress.


The Worst Motive
I started my primary spiritual practice for the worst reason: because an authority told me to. Fourteen-and-a-half years ago I was in Chicago trying to pass muster to become a minister, trying to prove I was good enough. I had just finished my first year of divinity school, and I was meeting with the Midwest regional subcommittee on candidacy.

“Get a spiritual practice,” the committee told me.

It is contradictory to take up a path of self-acceptance and trusting in my own inner wisdom because an outside authority told me to. Yet that’s what I did. It is contradictory to judge myself for judging myself too much. Yet that’s what I did, and still do, albeit somewhat more gently. Usually. I’ve now had a chance to talk with a number of people on a path of serious spiritual practice. All of us, or so it seems, began, as I did, in some form of contradiction. We felt broken, wrong, inadequate, and we thought spiritual practice would fix us. But spiritual practice isn’t about fixing anything – which is why there’s no smooth curve toward becoming fixed.

It’s hard to really believe that we are not broken and don't need fixing. Our culture constantly tells us we aren’t good enough, get better, buy this product, this treatment, this school, this exercise, this method.

Spirituality is about remembering the fact of abundance in the midst of the daily barrage of messages of scarcity. Will recognition of abundance happen if you do the practice? I can tell you there will be more ups and downs than the stock market. But over the long haul? Probably, yes. If you love just doing the practice, and you do it just because it is who you are, and not with any idea that you’re gaining something from it – if judgment about gain and loss, progress and regress, falls away and there’s just you, loving who you are and loving the way you, and the whole universe, manifest in and through your practice, then, yes. The fact of abundance will be clearer to you. 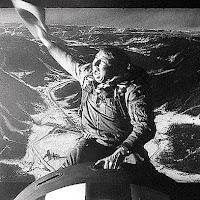 At the end of “Dr. Strangelove,” the bomber plane is set to release its nuclear payload, which will set off a nuclear conflagration to end civilization, but the release mechanism jams. Slim Pickens climbs down into the bomb-bay to fix the jam. He succeeds, and the bomb is released -- while he’s still sitting on it.

In the film’s most memorable shot, Slim Pickens is waving his cowboy hat and whooping as he rides the bomb down to his – and what will ultimately be the planet’s – destruction.

Maybe that’s what learning to stop worrying and love the bomb looks like. He does seem to be living in the moment.

That was such a striking shot when I first saw it because I knew if I were falling out of the sky riding on a nuclear bomb, I’d be freaked out in fear and despair: “My god, my god, my god, I’ve only got maybe one minute to live.”

But look at what Slim Pickens’ character is doing with his minute! Woooo-hooooo.

All of us are riding that bomb. Our time is so short before life blows up on us.

There’s something very pure about this – just one chance at every minute. This is it.
Posted by Rev. Meredith Garmon at 9:05 AM

Email ThisBlogThis!Share to TwitterShare to FacebookShare to Pinterest
Labels: Garmon, How I Learned to Love Spirituality