The UU Privileges and Purposes 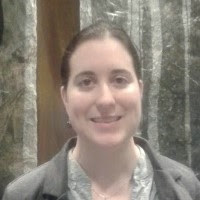 Growing up in a small conservative Christian town, I often felt as if my faith made me an outsider, especially when others didn’t know what I believed in or why we were even a church, or when they said I wasn’t saved unless I knew Jesus Christ. However, over the years I have been blessed with dedicating my life to this faith, and I have noticed at times the privilege that comes with being a Unitarian Universalist.

There have been times, though, that I have felt scared because of my liberal faith, and so have communities. The church shooting at the UU church in Knoxville, Tennessee still shakes our UU awakening that we can be targeted. To many of our members in rural areas of the country, surrounded by conservative religious voices it can be scary to be a Unitarian Universalist. For many of them it might really feel as if our faith is discriminated against. However, the ways we get targeted because of our liberal values and LGBT inclusion, is not the same as the ways other faith traditions have historically and systemically been treated in the American religious landscape. I think there is an important difference between noting when we have prejudice and assumptions cast on us as Unitarian Universalists, and between faiths that have societal wide and government discrimination.

So what do we as Unitarian Universalists do with the knowledge of our own religious privileges in the US? 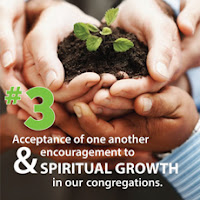 Our third principle calls us to, “Acceptance of one another and encouragement to spiritual growth in our congregations”. This principle is one of the bedrocks of what it means for us to covenant as a liberal faith across religious beliefs. And from this steadfast affirmation of our faith journey’s in this life together, we are called to the internal work of acceptance, and the external work of preaching tolerance.

Acceptance is not as easy as it might sound. Our first step in responding to the privileges we carry as a religious institution, is to make sure our own words and languages about religious diversity do not perpetuate hate, stereotype, or appropriation. First, this starts in actively confronting assumptions various UU members might have of one another. We can’t cast all Christians as guilty of hate speech and discrimination, nor can we cast all atheists as God-hating. Especially not within our own churches! How are we to encourage one another away from easy stereotypes and toward truly walking with each other’s diversity?

Second, we must educate fully about the diversity and depth of different religions, and stop invoking rituals and worship practices that only touch on different religious meaning instead of giving different traditions the respect they deserve. Really teaching the rich fullness and diversity within each religious tradition, helps to give us the breadth and depth to combat the stereotypes of our society.

Third, once we have the education and tolerance within our walls, we can take the message of acceptance and encouragement into the streets and public sphere. We are called to combat narratives that only portray a hateful version of any particular faith, and we can share religious texts, rituals, experiences, and personal narratives to combat societal assumptions. We can use our religious privilege of not being easily targeted only for our faith, to speak out against religious discrimination of others and laws that enforce and privilege one faith over another.

As a Unitarian Universalist, there are many ways I can interact in society both politically, publicly, and personally that carry their own privileges. These privileges aren’t a mark of indifference or guilt, but tools we can use to encourage the world to grant all religions the same right of worship, freedom of speech, and freedom to practice without hate or discrimination. May our privileges be tools for fulfilling our purpose to encourage the spiritual growth not just of UUs, but of every single person everywhere.