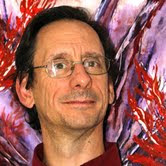 American Thanksgiving used to be a much more "religious" holiday -- assumed to be a Christian commemoration of God's blessings. It was taken for granted that "giving thanks" meant giving thanks to God, and that "God" was the Protestant deity. Abraham Lincoln's proclaimation of a national Thanksgiving referred to "the ever-watchful providence of Almighty God" and called upon "the interposition of the Almighty hand to heal the wounds of the nation."

The move to secularize was not far behind: an editorial in 1889 expressed the "hope to live long enough to see a purely human thanksgiving day, with no hint of God in it, with no religious meaning ascribed to it." A couple years later, freethinker (and convicted blasphemer) C.B. Reynolds declared, "We have no objection to pumpkin pie, but protest against its being seasoned with theology." During the Great Depression, the American Association for the Advancement of Atheism lobbied for equal time for a holiday to be called "Blamegiving Day." They had a point: all "the victims of Divine Negligence" do deserve better than civic religious platitudes about how blessed our country is. 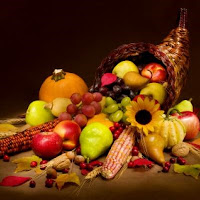 What I think we've learned since then, with Unitarian Universalist thought leading the way, is: (a) gratitude does not depend on a Protestant, or even Christian, or even any traditionally theistic conception of "God;" and (b) gratitude for all the blessings of life, health, family, and community does not diminish our capacity for compassion to the less fortunate nor critique of, and activism against, injustice. Indeed, among our chief gratitudes is that we do have hearts that strive to be compassionate; minds that can discern right and wrong, fair and unfair; and hands that reach out to embrace others in caring connection.
Posted by Rev. Meredith Garmon at 7:55 AM