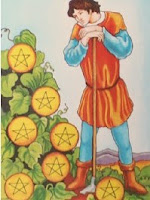 Each of us arrived where we are today through some strange and winding series of accidents -- an unlikely and elaborate chain of happenstances. Yet here we are -- a unique and improbable agglomeration of personalities. What an amazing, glorious fluke! We come together to care for each other, affirm and strengthen our common values, work out a way to engage the wider world. We gather to make community, a home of what is of ultimate worth, and to awaken to everything included in this grand fluke.
Posted by Rev. Meredith Garmon at 1:01 PM