Conservation: Attaining the Good You Will Not Attain 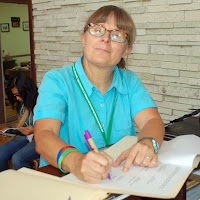 Grace has its own way of shaping what our hearts bequeath it. Grace keeps fashioning and shaping our deeds, long after any hopes we had for them have expired. We’d like to have an energizing hope, for our burdens are so great. The headlines will not leave us alone.

How many were blown up or shot yesterday? What species is slipping further towards extinction? In this global lotto, odds are that everyone feels a loser. Many days it seems as if we have no hope. I think the risk is to not that we could give up on hope, or even faith. The real danger is that we falter, don't take the next step, or quit, thus diminishing the chance for inviting grace and unpredictable positive outcomes even when all seems lost.


Many would say that conservation in Central America is a lost cause. Honduras is just about one of the toughest places with rampant gangs, one of the highest murder rates in the world, high government corruption, which diminishes government efficacy, letting the powerful, moneyed, and drug traffickers rule the day. Some experts say it’s the closest to a failed state anywhere in Latin America. That’s where I work.

Beginning in 2010 I stuck my nose in, really just to see what was going on and to at least document and witness the disappearance of parrots, most notably the macaws, from the country. Scarlet macaws used to be all over the country, but now are only found in one wild, isolated place, La Moskitia. There, over the years I have witnessed firsthand the hopeless of the cause. The indigenous people keep losing their land to corruption and land invaders and the poaching of macaws approaches the 100% mark. In 2014 not one macaw from our study area escaped the illegal wildlife trade. In 2015 drug traffickers had taken even more land and were buying off indigenous and governmental leaders. I just couldn’t stand it not trying harder, or at least documenting it all, so I went for two months this past spring of 2016. It was like every day there was some news that landed on me like getting kicked in the gut. Even more land was lost and now it seemed that everyone was coming into this territory to convince the indigenous to sell their land and extract the timber, oil, and ore. Gold miners were flanking both sides of the nearby Coco River, contaminating it with mercury. One of our nests was poached by one of the local community people we had hired to protect that nest. Then grace stepped in.


We were gathered at the bottom of the nest tree reflecting and sharing what we felt, when one member of our team said, "Doctora, it is sad, but this is not the time for tears." He was right. We wanted our two parrot chicks back, and would have to act, now. But recovering chicks had never happened before. Once they were gone, they were long gone: to the cities, to other countries, all the way to the Middle East and Japan. It was hopeless. But that didn’t matter. People went out on bikes and motorcycles to try to track down the poachers and to get any hints of where they had gone. I borrowed a phone, climbed a hill, got a cell phone signal from Nicaragua, and started calling people. Several days later I had not heard any news when I had to go to the nearest town, Puerto Lempira, a 4-hour drive away. I was there to put my spouse Meredith on a plane the next day. I called the forestry service to ask them if they had any news, and they said they had 4 confiscated parrots. When they brought them to me to take care of they casually mentioned that two of them had bands. A thrill went through me. They were our chicks! We got them back against all odds. They went directly to our Rescue and Liberation Center in the village of Mabita, and are now flying free! Not only that, not one chick from 2016 entered the illegal wildlife trade. I never saw that coming.


I should be happy, shouldn’t I? But I keep repeating the incantations, it is not about happiness. attaining the good of keeping those birds and people safe. It could go at anytime, and it’s not looking good for the long haul. Yet, I’ve never been in a place so powerful to stave that off. Holding that failure and possible success has made a watcher out of me, trying to stay present to it all. Sometimes I wonder if trying to hold it all leaves me, personally, with less. So I remember Zbigniew Herbert's poem where he who tells me to beware of dryness of heart. See the beauty and love the bird with an unknown name and an unknown future.

Lest we should rest on our laurels for a spectacular conservation year of 2016, I heed Herbert's warning, "Beware of unnecessary pride. Keep looking at your clown’s face in the mirror. Repeat, I was called, weren’t there better ones than I?" So I juggle fumbling and bumbling all the time, a clown through and through. I juggle many other balls though: beauty, resistance, witness, and solidarity. We must give testimony, testimony to the startling beauty and wonder of life. I seek to be motivated by these, even when I think we are losing, because we are always losing.

At one time I thought I had lost too much. I went to divinity school to find a way to save the world that might help save me. I was not looking for a life partner and I was not looking for a career, especially as a parish minister, and later a community minister. And then grace stepped in. My mother always told me that the place to meet a man was in church. During Divinity school I attended the First Unitarian Universalist Church of Nashville, not to meet anyone, but to investigate who I was in the world. There I met Meredith, my current spouse.


Early in our relationship I helped him move, tempting our new and fragile relationship with disaster. But then grace stepped in. We were getting ready to lift his long, five-drawer, metal file cabinet into a truck when we paused for him to show me all the mementos he had taped to it over the years. That’s the first time I saw Zbigniew Herbert’s poem, "The Envoy of Mr. Cogito". As he read it I stared over his shoulder, and cried. He did too. We groked each other. So soon there was an engagement, and happily I called my mother to say that her advice was correct: church IS a great place to meet people. My mother, a lifelong Methodist replied, “But I didn’t mean that church.” Now when I counsel people who wish to get married I don’t come right out and say that marriage is about attaining the good we will not attain. But it is. And it’s worked pretty well for us.

Conservation is like that too. Attaining the good I do not attain, but that you, and you, and we together attain.

* * *
See also:
Meredith Garmon, Attain the Good You Will Not Attain
Posted by LoraKim Joyner at 10:27 AM

Email ThisBlogThis!Share to TwitterShare to FacebookShare to Pinterest
Labels: Joyner