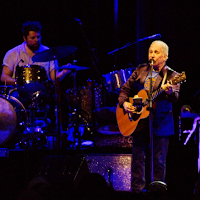 “These are days of miracle and wonder,” sang Paul Simon in the opening song of his concert I attended in Forest Hills on Fri Jul 1. The song was from the Graceland album, released 30 years ago. In those three decades, the days have grown more and more miraculous and wondrous. Internet, cell phones, EZPass and GPS, Uber and AirBNB, streaming video soon to overtake broadcast TV, precision-guided cancer treatment, glasses-mounted cameras wired to retinal implants giving vision to the blind, Pokemon Go, and an all-women team of Ghostbusters. Days of miracle and wonder, indeed.

And yet our world seems to be on fire. On Jul 5 and 6, the heart-, soul-, and stomach-sickening list that includes Trayvon Martin, Michael Brown, Eric Garner, Tamir Rice, Walter Scott, and too many others added Alton Sterling, and Philando Castile. On Jul 7 and 17, another equally distressing list added the names Lorne Ahrens, Michael Smith, Michael Krol, Patrick Zamarripa, Brent Thompson, and then Montrell Jackson, Matthew Gerald, and Brad Garafola – the first five in Dallas, the last three in Baton Rouge, all of them police officers. Say these names – all of them, along with others that you know. Write them on your heart and whisper them in your prayers. 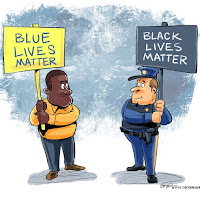 Standing on the side of love, and justice, let us affirm the truth that black lives matter. We affirm it because those lives are too often treated as if they didn’t matter. We also affirm that the lives of police officers matter, that steps that reduce the danger of their inherently dangerous jobs are worth our resources and careful attention. The building of trust and respect between the law enforcement and African American communities will not be easy – it may take generations -- and it will require new levels of commitment from both communities. What is ours to do? Stand with the many in each community who seek bridges over what a few in each community see as only a battle line.

For the last song of the last encore (of what he has said would be his last US concert), Paul Simon turned to an older song that reminded me that there are truly troubled waters, that “evening falls so hard.” Yet we have the capacity to respond with a promise: to lay ourselves down, to make, of our hearts, minds, and bodies, a bridge.
Posted by Rev. Meredith Garmon at 5:05 AM