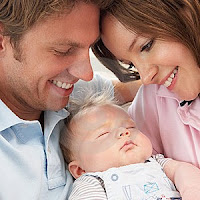 There seems to be very wide agreement that no one is perfect. There is one group of people, however, who don’t say this. New parents. I do not have actual study data on this, but I’m thinking that when their brand new daughter or son is laid in their arms, it’s a pretty rare thing for new parents to say, “well, no one’s perfect.”

The child grows, and certainly there are challenges. They become teenagers, and there are more challenges. Yet if newborns start out perfect, when exactly do they stop being so? Perhaps they – we – never do.

Of course, they do change, but this does not mean they stop being perfect. We want them to change. Indeed, their capacity for change, growth, and learning is a key part of what makes them perfect just as they are on the day they are born. Perfection is not static; it is dynamic. Oh, sure, we all do things that might reasonably be called mistakes – but are they not perfect mistakes? Are they not exactly the mistake we needed to make to learn what we needed to learn?

Rather than saying “no one’s perfect,” perhaps it would make more sense to say no one simultaneously exhibits contradictory qualities. The wisdom of experience vs. youthful exuberance. Speaking your mind freely vs. diplomatically avoiding giving offense. Being tall enough to dunk a basketball vs. being short enough to ride comfortably in the backseat of a subcompact car. If your gift is one of the qualities in each pair, your shadow is that you aren’t the other. What you aren’t and don’t makes possible what you are and do.

Malcolm Gladwell’s book, Outliers, looked at a variety of fields and discovered a kind of magic number: 10,000 hours. Ten thousand hours is what it takes to really become outstanding at something. A dedicated athlete or scientist, musician or dancer, can sustain focused, intense practice or study for maybe 20 hours a week – so it takes 10 years to get to 10,000 hours. Whether there’s really something magic about 10,000 hours, or whatever the number is, what this reminds us is: no one can be good at everything. We get good at it by doing it – and we’re inclined to do it if we think we’re good at it – and the hours you put in sharpening your tremolo technique were hours you weren’t practicing your jump shot. The shadow is not some unfortunate, if forgivable, shortcoming. The shadow is the necessary enabling condition of the gift.

And what is more: we often find that the shadow actually is the gift itself. Our brokenness is itself the very thing that is our strength. That’s the paradoxical truth: the weakness is the strength.

A young man loses his leg in an accident, and, in his new handicap, becomes able to guide and inspire others coping with debilitating injury or sickness. His very one-leggedness becomes the way he shines in this world. The brokenness is the gift. 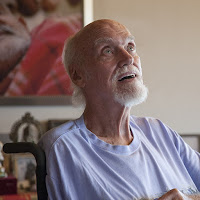 Ram Dass, born Richard Alpert, had a stroke in 1997, at age 65. The stroke left him with expressive aphasia -- he lost the ability to speak fluently. He also became wheel-chair bound. He called the stroke fierce grace. He wrote:


“For me to see the stroke as grace required a perceptual shift. I used to be afraid of things like strokes, but I’ve discovered that the fear of the stroke was worse than the stroke itself....Since the stroke I can say to you with an assurance I couldn’t have felt before, that faith and love are stronger than any changes, stronger than aging, and, I am very sure, stronger than death.”

Twenty years ago, I lost my job as an assistant professor of philosophy. It was wrong -- so obviously wrong. It should not have happened. I was so upset. Stricken. My skin felt like it would really rather be somewhere besides wrapped around my body. I couldn’t make things be what it was so clear to me they should be. I was a failure, broken, inadequate.

Subsequently, I was in a relationship with a woman, Evelyn. The relationship reached the point where it wasn’t working out – at least, it wasn’t working out for her. She “should” have loved me. (I was younger then – trimmer, fitter – smart, funny. Take my word for it, I was adorable.) But she didn’t love me, not anymore. I couldn’t make her, and I was, again, so distraught.

If I hadn’t been cracked, if I hadn’t failed, if things had gone as I was once so sure they “should,” I might still be teaching philosophy, still living in my head, still assessing everything other people said as either something I agreed with or something I had an argument against, rarely simply present to the beauty and fascination of another person – concerned only with whether they were right, rather than with understanding where they were coming from. I might still be with Evelyn. Boy, would that be awful!

In fact, as I play that “what if” game in my head, I realize that: no way. There's no way that old life could have lasted. If those "shoulds" hadn’t failed me when they did, they would have soon after. They were not sustainable. Life has a way of breaking us – but what it’s really breaking is our delusions. This hurts, yet out of that pain we can begin to feel our way, if we are ready to, back to the ground of what is. The brokenness is the gift.